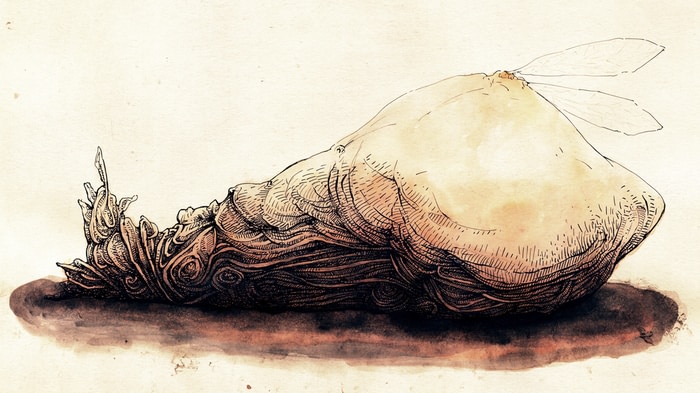 Much has been written about animals that managed to adapt from the aquatic to terrestrial environment, but little or nothing has been said about those more ambitious who tried a direct transition from water to air. Their brave efforts, besides extinction, have cost them the reprobation and silence of the scientific community which, as we know, always belonged to the first group.

More pen and ink artworks on my Illustrated Bestiary: