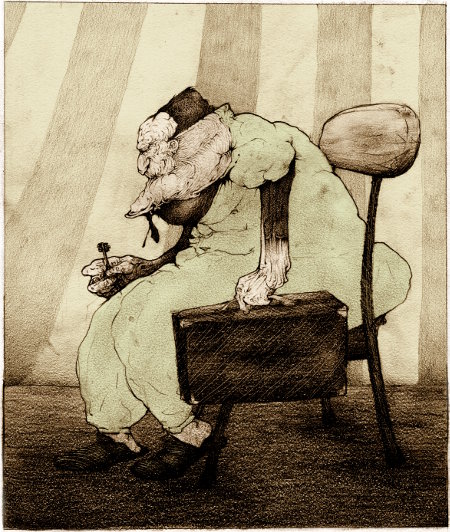 Don Valerio wake up every day at 5:45 am. He does not do it on the cot in which he went to sleep the night before but sitting on a chair. The key is not from his house (he was born and always lived in the circus) and nobody knows where the briefcase came from.

In that position he goes back to sleep until after noon. By what he babble asleep he seems to dream about some suspicious office tasks.

No one in the tent is surprised by his routine. Partly because the circus people are accustomed to certain eccentricities and partly because everyone has seen how the elephants, whom Don Valerio had the task of caring and training, usually did something similar.